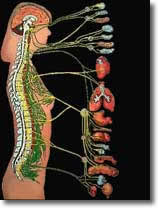 Twenty-one patients, all who had been diagnosed with OCD according to either the CCMD-2-R (a Chinese diagnostic standards manual) or ICD-10 (a Western diagnostic standards manual) were included in this study, and all these patients had been previously treated with drugs for at least two years without effect. Among the 21, there were 16 males and five females aged 14-55 years, with a median age of 24.70 8.11 years. The course of their disease had lasted from 2-13 years, with a mean duration of 5.21 3.91 years. Seventeen of these patients had previously been treated with a single drug, such as chlomipramine. The other four cases had been treated with a combination of drugs.

All the patients were treated with electroacupuncture at Bai Hui (GV 20) and Yin Tang (M-HN-1). The stregnth of stimulation was dependent upon what the patients felt was comfortable, typically 3-10VP. Each treatment lasted 45 minutes, and 30 treatments constituted one course of treatment. After six weeks, patients were given a one week rest. This implies that treatment was given five times per week.

Outcomes were based on the Y-Bocs OCD rating system and HAMA, with patients being rated by both these systems of measurement before and after treatment. Cure was defined as disappearance of all or basically all symptoms with return to work or school and conduct a normal lifestyle. Marked improvement meant that there was a marked decrease in symptoms, and that the disorder caused less disruption to the patient life activities. Improvement meant that some of the patients were eliminated or their severity decreased. No effect meant that there was no change in symptoms or they got worse and, basically, the patient was not able to conduct a normal lifestyle.

Although the outcomes of this study were not great, it should be remembered that, typically, Western psychotropic medications for OCD are not effective in 20-30% of patients and that all 21 patients in this study were in that hard-to-treat, drug-resistant category. Based on this fact, event though this protocol would be relatively expensive and time-consuming for all involved to implement in modern Western societies, it might be worth the effort to such otherwise recalcitrant OCD patients. Because of the simplicity of the acupuncture technique involved, it would not have to be done by fully trained professional acupuncturists but might be administered by lesser trained technicians, such as nurses who are used to clean needle technique and the insertion of needles. Further, this study was a ne size fits all study. Therefore, it does not say anything about the effects of individually tailored acupuncture based on a personal CM pattern discrimination. The choice of these points seems to have been based on experiments conducted on the brain chemistry of rats undergoing electroacupuncture at these two points. If my reading of this article is correct, abnormally high secretion of platelet 5-HT transporter is believed to have an important causal relationship to OCD, and electroacupuncture at these two points has been shown by other published Chinese research cited in this article to reduce the secretion of 5-HT in rats.

What we can do for OCD patients in our Acupuncture Clinic?

In our Acupuncture clinic we began to treat OCD patients along with depression and anxiety patients since the year of 1993. actually, when we was in Italy helped a hundreds of OCD Patients. In our opinion, Chinese medicine is a very effective way for these conditions. We integrated acupuncture with Chinese herbal medicine, which we think is better than using electric acupuncture only. The reason why acupuncture can treat OCD patients is because acupuncture can balance the energy, make patients achieve a totally relaxed status naturally, which can make the brain do some self healing job.